In February we saw a resurgence of Ursnif (also known as Gozi), a credential-stealing Trojan that was first uncovered in 2007 and has been active ever since. Alongside Emotet, this threat is one of the most pervasive and effective malware families currently being delivered through malicious spam campaigns. 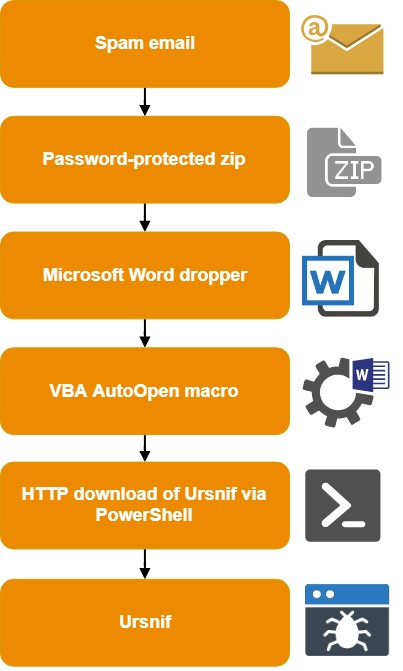 Ursnif’s operators commonly tailor the phishing lure used against targets to make the email appear more authentic. In this campaign, this was done by basing attachment names and the message body on businesses in the same or related industries, or those that are geographically close to the target. In one of the samples we analysed, the target was a manufacturer of a niche product. The